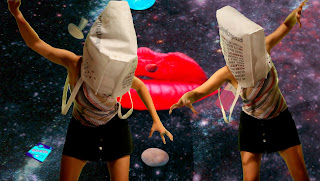 Over the years, I have been gradually but steadily moving from painting through set design to live video and finally to film production. I am preparing my debut live action+animation short film called "Appetite." I am also the writer and director of various other short films and videos, such as "The first time." I love working with my sister, the director Ilina Perianova, and we have already collaborated on many projects including "Eat Me!" short musical film. And more to come!


Excited by the great possibilities of mixed and new media, I am happy to collaborate with all types of performers, and theater and film projects.
Below are some samples of my favourite past and ongoing projects in this area.

KAROL:LORAK live interactive theatre performance
Concept/direction: Yagama and Jasmina Cholakova
Performance: Jasmina Cholakova
Live Video:Yagama
Audio: Kliment Dichev
"KaroL:Lorak" was originally concieved and created in the first half of 2009 by Yagama and Jasmina Cholakova as part of the “Space of Perceptions” group project, which by means of multimedia performances and installations explored issues related to our senses and their way of shaping our perceived world. As part of that project it was awarded by the Ministry of Culture’s Debut Projects Fund in Bulgaria and was performed for the first time on June 21 in Vaska Emanuilova Gallery, Sofia. It has since been shown at Artmospheric Festival, Bulgaria, Flussi Festival, Italy, Moscow Biennalle of Young Contemporary Art (supported by the European Cultural Fund), The Red House Gallery in Sofia, Screenplay @ Collegium Hungaricum, Berlin, Hachenburger Lichterloch Festival, Hachenburg, Germany.
The performance "KaroL:LoraK" explores the relationship between our imaginary self and the person we project into the world. How much of reality is actually a product of our imagination? And if reality is a never ceasing process of exchange between the human mind and the external world in both directions, how can we begin to actively create it? Although our minds are shadowed by patterns of thought and behavior imposed by our surroundings, we can become aware and make active choices about who we are, to build our own perceptions of life. It is the ability to create that makes us truly human.
WATCH KaroL:LoraK SHORT PREVIEW from yagama on Vimeo.


GLADEN SAM three part theatre performance
Concept and direction: Ilina Perianova
Performance: Anna Valcheva, Elian Aroyo, Stanislav Peev, Petar Genkov, Eva Demireva
Video: Yagama
Set Design: Mihaela Komitova, Yagama
Costumes: Antonia Koicheva
Camera: Vasil Stoilov
Sound: Kliment Dichev and var. tracks
"I know I need something. All the time. I swallow everything that catches my fancy. Sometimes, I take more than I need at the moment. Sometimes I also get confused, and even though deep inside I want one thing, I stuff myself with another, and it turns out to be air. I displace my inner hunger with matter. I live in a world of objects, where the one who consumes, survives. This is why I will eat until I can."
A three part, one and a quarter hour long theatre performance loosely based on three plays, by Howard Barker, Karl Valenten and Yves Lobio, revolving around the themes of hunger and food. Hunger is the driving force behind most of the actor's motives, set in different contexts. "Gladen Sam" (Bulgarian for "I am hungry") uses the means of sketch, drama and parody, dialogue with the audience, and live video projections. Premiered in October 2010 at New Bulgarian University Theatre Sofia. Shown also at Sfumato Theatre, Sofia. 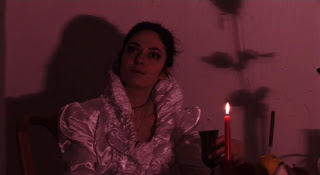 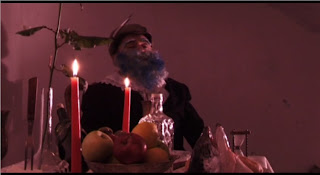 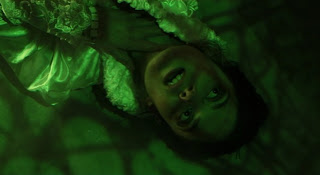 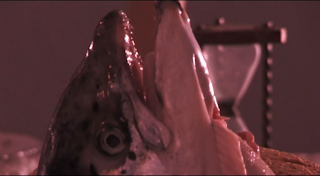 Yagama has also worked on the following films and performances: